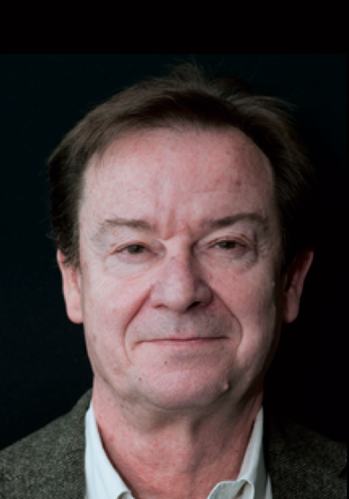 Prof. Rodolfo Miranda is Director of the Madrid Institute for Advances Studies in Nanoscience (IMDEA Nanociencia) and Full Professor of Condensed Matter Physics at the Universidad Autónoma de Madrid (UAM). Prof. Miranda received his BS degree from the UAM in 1975 and a Ph.D. in Physics from UAM in 1980. He worked in Munich and Berlin with Prof. Gerhard Ertl (NL in Chemistry 2007), in Madison and the Freie Universität Berlin, before he was appointed Full Professor of Condensed Matter Physics at the UAM in 1990. Prof. Miranda has been Vice-chancellor of Research and Scientific Policy (1998-2002) of the UAM, Executive Secretary of the R+D Commission of the Conference of Rectors of Spanish Universities (CRUE) (2000-2002) and Director of the Materials Science Institute “Nicolas Cabrera”. He has served frequently on Advisory Committees for different institutions, such as universities, professional societies, the Surface Science Division of IUVSTA, the Max Planck Institute fur Mikrostruktur Physik or the European Synchrotron Radiation Facility (ESRF), among others.

Prof. Miranda was elected in 2007 Fellow of the American Physical Society with the following citation: “For his contributions to surface and thin film magnetism, including new methods of epitaxial growth using surfactants or controlling the morphology at the atomic scale, the identification and characterization of model systems for magnetism in low dimensions, and the observation of magic heights in metallic islands”, which summarizes his interests and achievements.
Together with his collaborators, Prof. Miranda has developed instruments to perform Scanning Tunnelling Microscopy (STM) and Spectroscopy (STS), Helium Atom Scattering (HAS) or Angular Resolved Photoemission (ARUPS) in Ultra High Vacuum conditions.

Presently, he is Head of the Surface Science Lab of the UAM (LASUAM) and Director of the Madrid Institute for Advanced Studies in Nanoscience (IMDEA-Nanociencia). Prof. Miranda is an experimental physicist that has authored and coauthored more than 280 scientific publications, which have received more 10.000 citations. His present h-index is 55. He has supervised more than 25 Ph. Ds and 20 postdoctoral researchers.

His present research interests are in nanoscale science, including the application of Tunneling Spectroscopy to single molecules and nanostructures; the implementation of spin polarized STM, the growth quantum materials, the self-organization of functional molecules at surfaces, the magnetism of nanostructures including its applications in nanomedicine.